VIDEO GAMES: A CREATIVE AND DYNAMIC INDUSTRY
THAT MAKES THE PRIDE OF QUEBEC! 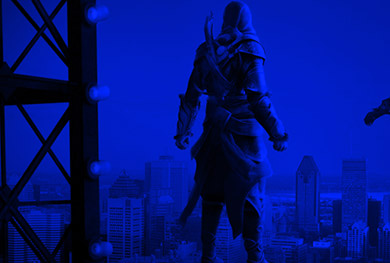 World Leader
Quebec is a world-leading video game hub. It is recognized for its innovation, know-how, creativity and, above all, for the success of its productions. 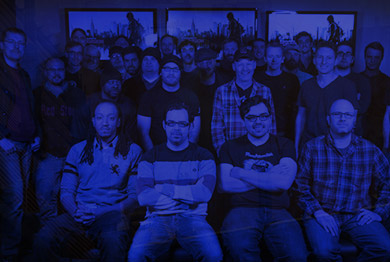 Québec stands out thanks to a pool of more than 13,000 video game professionals, a highly creative workforce and innovative entrepreneurs. 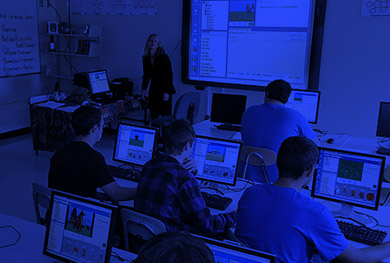 Quebec is among the world's three major video game production centers, along with California and Tokyo. For more than 20 years, we have been building a creative industry that is a growth driver for the entire province. The sector generates more than $1 billion in economic benefits annually, in addition to helping maintain more than 13,000 skilled jobs throughout the province.

History of the video game industry

For more than two decades, the video game industry has generated cultural and economic wealth, in addition to be a distinctive sign of Quebec, an element of our identity and culture, and a structuring growth vector for everyone.

The year 1997 - the birth of an industry that will become the pride of Quebec! Several video game companies decided to set up operations in Quebec. Since the arrival of Ubisoft in 1997, international leaders such as EA, Eidos, WB Games, Ludia, Gameloft and most recently Google have set up shop here. These major studios have helped foster the emergence of a fertile breeding ground for creativity and innovation that contributes to the creation of independent studios. With the talent base established and the growing demand for games paving the way for the emergence of hundreds of indies, thus contributing to the creation of many jobs and substantial collective prosperity. Studios such as Behaviour Interactif, Outerminds, Riposte Games, Compulsion Games, Red Barrels, Panache Digital Games are at the forefront of this trend.

The future of the industry is promising, and Quebec will continue to enhance as an international creative hub.

The voice that unites the gaming industry