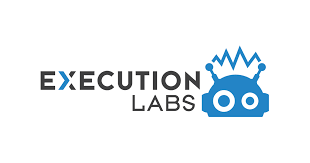 We founded Execution Labs in 2012 with the goal of providing hands-on support to talented game developers in order to help them become better entrepreneurs and business leaders. Not long after, we brought on board a full-time staff of experts to supplement the wisdome of our mentors, who often flew from all corners of the world to offer their own guidance and direction to our studios. Over the years we evolved from a hybrid incubator/accelerator based in one physical space to a global investor, offering our support remotely to studios across North America and Europe. In our current form we are not investing in new studios, but instead focus on supporting our network of some of the best independent games studios in the business.Game Developers Association (IGDA) for nearly nine years, and was honored for his industry building efforts with the inaugural Ambassador Award at the Game Developers Conference. In 2009, Jason was named to Game Developer Magazine’s “Power50,” a list which profiles 50 of the most important contributors to the state of the game industry. As a sought after expert on the game industry, Jason has lectured at conferences and universities worldwide. View all posts by Execution Labs